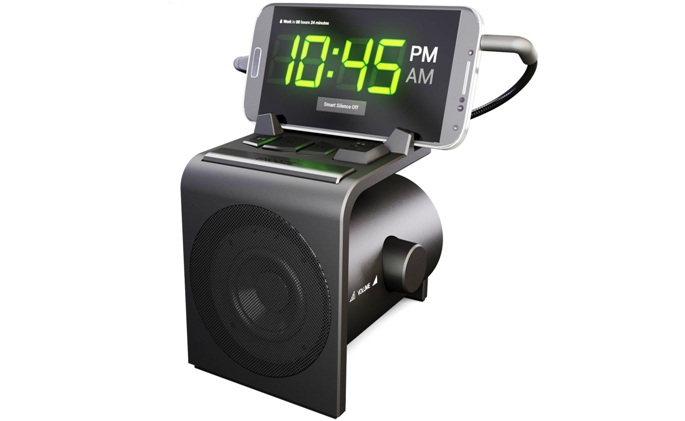 Hale Devices is a consumer device startup that specialize in android speaker docks with two full fledged devices that have found their way into this Android smartphone accessory market. This company was formerly known as Sonr Labs but in 2011 they changed the name to HALE Devices. The team behind this company strive to create one of the best consumer Android docking stations incorporating all the features that their customers suggested on kickstarter and they want to build the ultimate Android accessories that would be usable, beautifully designed but still have amazing technology and ease of use.

Hale Dreamer Android alarm clock dock is this company’s newest endeavor that they funded through crowd funding platform kickstarter. On that kickstarter project they received 364 backers and raised more than 36000$ that kickstarted their development and manufacturing processes and now when that financing and development phases have ended this company has finished this dock and you can buy it from amazon or other technology e-shops.

The whole project at kickstarter was intended to be a market research as well as fund raising as many android docking station users and buyers are constantly complaining about other docking stations and their usability problems as well as design and sound quality issues and after reading thousands of comments on other docking stations HALE team had a clear image on what features they had to incorporate in their dock. The first iterations of the design were not that bright but after countless design cycles they finally came up with the ingenious design that you can see now with those physical buttons, turtleneck connector wires and volume / brightness knobs on both sides of the device.

This docking station is made entirely from plastic but it feels sturdy and not cheap at all. The color of it is black and it will easily blend into any environment whether it would be on your work desk or by the bed. The shape and form of this alarm docking station is created to be as usable as it can be but also to form a great design fell that looks great and with those curved and rectangular shapes makes it just a great looking device. If we start examining this docking station from the front then we can see a big loudspeaker that is designed by some of the best sound engineers to be powerful but also small. Basically the whole dock is designed around this 10W speaker and that is great because in this way HALE team has managed to save space and fit a great speaker in that tiny form factor device. The speaker has great rich sound and reasonable amount of Bass and treble. Moving on and looking at the top we can see those physical buttons that I mentioned earlier. There is a big “SNOOZE” button at the front and music control buttons at the back but what really makes this dock unique is the SmartSilent key that is located besides those music playback control buttons and acts like a block that keeps you from distractions. 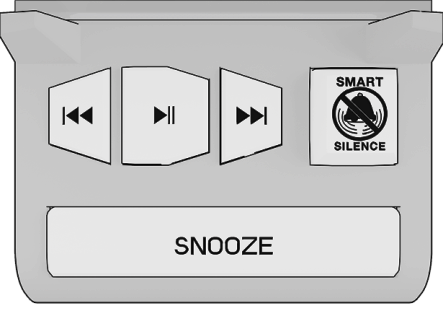 on both side of this alarm clock dock you get two circular knobs that control brightness of your Android mobile phone screen and the volume of the music playback and alarm clock. Both those controls are very precise and you can tune them in the way you like! Looking from the back there is a big title “Made For Android” and the socket for the power adapter but the most interesting features are those turtleneck cables that come out of the top part of the backside. There are two cables one for charging that has a micro USB connector but the other for music playback that has 3.5 mm audio jack and both can be adjusted to fit any Android smartphone and that makes this docking station unique because it doesn’t matter what phone you have – you will be able to dock it on this dreamer alarm! HALE team also states that they will refund you the full amount if you cannot pair your phone with this dock so they must be really confident about their product! 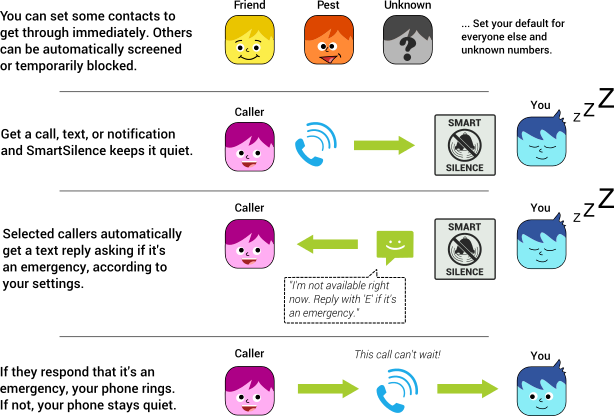 This Android docking station is different from any other alarm clock speaker with this SmartSilent feature that is basically a block that holds your calls, text messages and also social network updates and allows you to get a full nights sleep without any distractions. This feature works from the application that Hale created but it is activated with that physical button that I mentioned before. Basically as you press the button the applications feature that screens all those notifications turns on and you will be able to sleep without any distractions.

The applications can be adjusted to work with default settings or also made to fit your standards as you can manually set waht contacts can call you at night or just turn off all notifications, but the best part of that system is the feature when the docking station itself sends messages to callers asking if the call was urgent and only if they answer affirmatively then the dock notifies you and wakes you up. This feature can be really great as it basically mutes all notifications but if something is really urgent then the caller can get through the block and wake you up! I think this is the main feature that puts this Android dock in a class of its own as those other features can be found in similar docks but SmartSilence is golden!

Overall this Hale teams dock is amazing and there are almost no drawback that I can think off. There are also some rubberized feet that don’t let this dock slip on friction sell surfaces and basically everywhere you look there are some ingenious design features that when combined make this one of the best docks out there.